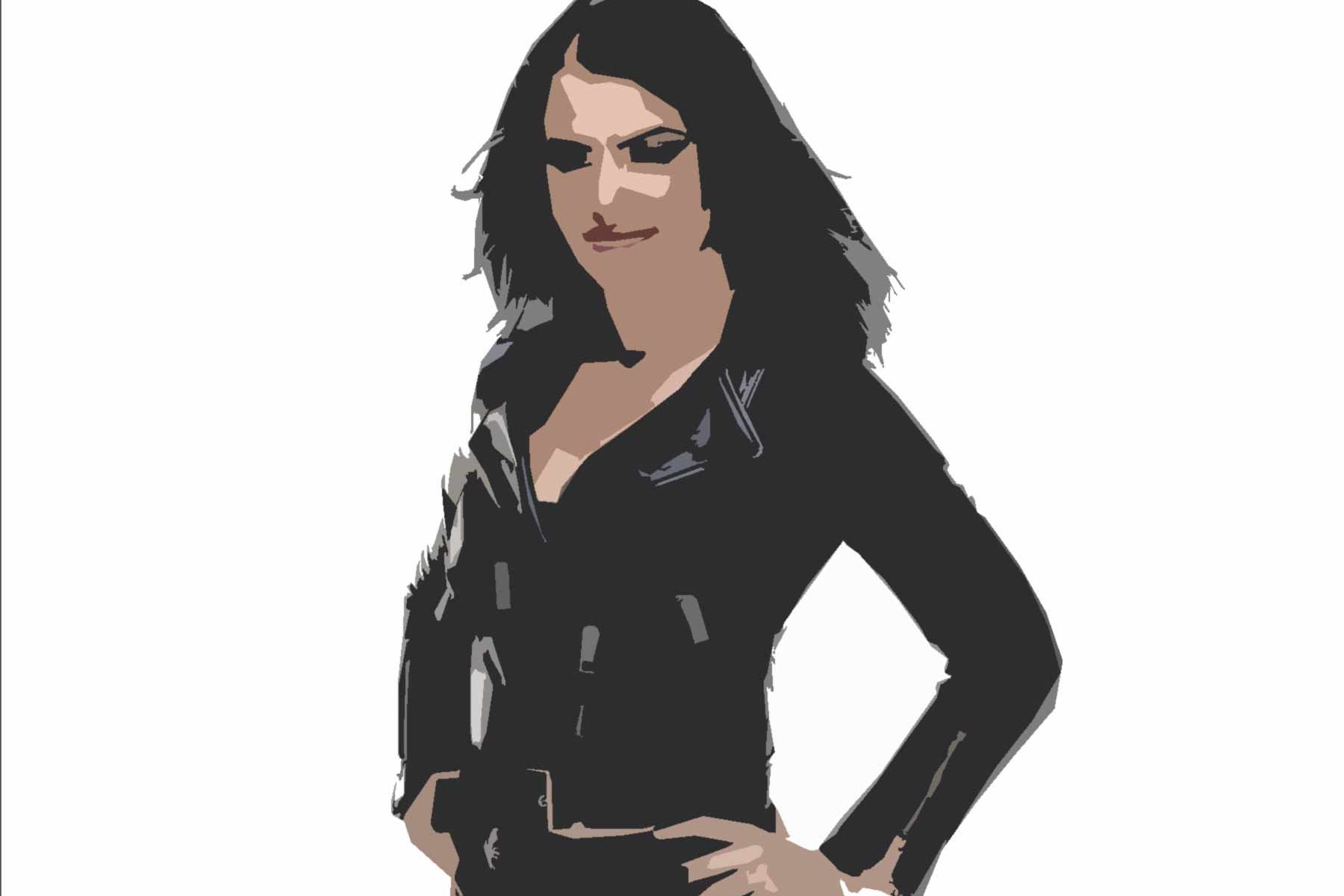 Starting the story from the second half, we will introduce Mary as the first associate of Raul in the Taking It Back LTD society and as a main character herself with room for her own story and the capability of casting a big shadow over her partner.

She is an attractive and very smart woman from London in her late twenties, with a past career using her outstanding IT skills who after having a terrible conflict with her employer which ends that career, meets and hires Raul for his help. When they met they had some adventures together (in all possible ways) and finally she became an associate with one of the worst partners you could have if you wished to have a pleasant and easy life. Mary mainly takes charge of all the administrative tasks and most importantly, the ones related with networking, cybersecurity and information research, when they work as a team. That also implies being needed to do almost anything 24/7 in order to help Raul out  of the mess he will eventually get into.

But why would such a smart woman make such an unsmart decision from everyone’s point of view? Well, indeed Raul’s charisma turns out to be too powerful, not only for her but for many other people of both sexes. In Mary’s case, even if she eventually gave up in having a steady sentimental relationship with the frivolous Spaniard, she finds herself attracted irremediably by the turmoil of thrill and excitement that always surrounds Raul. And it’s also important to note that sometimes the occupational rewards are excellent too.

As the Yin and Yang that seems to accompany everything in their relationship, their moral battle  is their most significant one. Mary, way more an ethical person than the opportunistic Raul, wishes their business-society would act like an advocate for fair causes  as that was the original purpose when they established the partnership (or at least that’s what she thought). However, the society has at times become just an efficient way of making money regardless of the integrity of their customer, as Raul cannot help  but be the chief associate and leader in fact. Truth be told, he is always the one who takes the biggest risks and brings the most profitable contracts.

Indeed Raul has the curious ability to stimulate everybody around him to do their best, even if that’s only to fight against his annoying conceit. Therefore Mary, for all these years, has been able to see how her capabilities have grown bigger and bigger thanks to her partnership and constant interaction with this devil and even worse demons who they find on their jobs so often. Certainly she had developed the skill of learning some of Raul’s ways for her own profit, against everyone and particularly Raul himself.

As with an associate like Raul you should try to swindle from him at least as much as he’s likely swindling from you, for years she has been able to “deduct” some additional sums of money from their common jobs, in compensation for the risk of dealing with such an unreliable and exhausting partner. She has also acquired infield skills, to the point that she has competed with Raul for some contracts a couple of times when the society has been dissolved (which happens from time to time), though Raul’s magnetism has quickly restarted the society back. But maybe, the life without Raul turns out to be annoyingly boring and the silence noisily loud, like his spirit would be back there, complaining about everything, even noisier than when he was actually there. This is a silence and lack of emotion  which no lover has been able to fill so far, though Mary has tried hard to be as sexually active as she easily could, maybe somehow trying to compete against Raul’s promiscuity unconsciously. This is a battle she has lost by a lot as little happiness has been obtained from those short and quite unsatisfactory relationships she has taken care of killing herself so often.

Is Mary in love and “in hate” with Raul deep inside at the same time? Most of the people around (not Mary) would agree with the first at the very least. Is Raul in love with Mary, well… Can Raul love someone besides himself? That would be a better question.

But Mary always has forgiven Raul for his selfishness as that’s one of the few things he has never lied about so, as Raul takes Mary more into consideration than any other living creature on the face of the earth (excluding himself) to the point of listening and eventually being influenced by her as a conscience. Had Mary not been a presence in Raul’s life, he would have turned into a truly despicable person. Paradoxically, that can be considered both ways as Mary’s moral standards have been degraded because of their partnership: had Raul not been a presence in Mary’s life, she would have been a better and probably happier person.